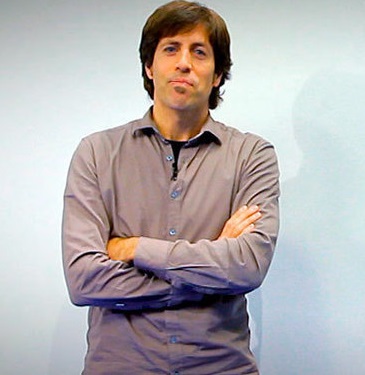 Pere Renom i Vilaró (Badalona, 1972). His professional interests are focused on science and scientific communication. Graduate in biology and a graduate in philosophy from the UB, he was finalizing a doctoral thesis in marine ecology when he joined as a reporter and editor in the TV program Quéquicom. Since then, and over a decade, he has conducted more than a hundred science reports, in the most diverse areas. They can be highlighted "The Crossing of the Strait of Gibraltar", "Rubik's Cube Genius," "Learning to Write," or "Looking for Life in the Universe." He occasionally collaborates on radio and publishes articles of science in newspapers and magazines about natural history, philosophy of science, mountaineering, urban planning, linguistics, education, anthropology, art, genealogy, or climate change. He has also published a story of Posidonia, a Mediterranean marine plant, which has been translated into French, Arabic and Spanish.